Home Faith I Tried To Give A Homeless Man A Sandwich
Faith
November 13, 2020
ltadmin 0

So one day, I tried to give a homeless man a sandwich…

It all started with my morning coffee. I was sitting and sipping the morning away, when the homeless man who lives on the steps of the church I work near, popped into my mind.

I had known he was there for weeks but had never felt this prompting to help him in anyway until that morning.

I felt as though God was saying “Just buy him a cup of coffee.”

“But I don’t even know if he drinks coffee.”

“Just buy him a cup of coffee, it’s a cold morning.”

I pondered this for a moment.

“Maybe I’ll check if he is there first, and if he is, then I’ll buy him a coffee.” I reasoned with God and left it at that. I thought it made sense. As I walked back to the office, I looked to see if Graeme, the homeless man, was there. He wasn’t and I was secretly glad. “See God,” I pointed out (as if God didn’t know already) “he isn’t even there.”

Feeling like I had done the right thing by checking first, I went inside and started my work day.

Lunch rolls around and this man pops into my head again. Normally if something keeps popping into my mind over and a over, then I need to pay attention to it. Clearly Graeme the homeless man and I were not done. But it was lunchtime and I wasn’t heading to the coffee shop. So instead I thought “I know, I’ll buy him a sandwich. That’s far more nourishing than a cup of coffee.”

On my way back from my lunch break, I picked up a sandwich and headed over to the church. This time Graeme was there. So was half of Crows Nest being a busy Thursday lunch time, so quite a few people saw me and my friend walk up to Graeme. I approached him with the kindest smile I could muster, introduced myself and asked if he would like a sandwich. And he said….

‘What??’ I thought to myself. ‘He doesn’t want it?’ I offered again and again he declined.

Slightly embarrassed that the homeless man refused my offer, we kindly bid him well and left. When I got back to the office I relayed my story to the Pastor of the church where this man lives. He encouraged me in my generosity but explained that Graeme never accepted charity, partly a pride thing and partly a psychological thing, he only accepts food scraps from local businesses.

I exclaimed in a joking way “That’ll teach me to try and improve on the prompting of God, next time I’ll just go with the coffee.”

And that got me thinking. How often do we try to improve on the prompting of God?

If I had just stuck with the original prompting of coffee, would Graeme have accepted it?

If I had offered the sandwich in the morning rather than at lunchtime, would Graeme have accepted it?

If I had stopped to ask the people who know him better than I do, would I have avoided potentially making Graeme feel awkward?

And whilst those questions are good, I’ll never know the answer to them, I can’t go back in time and change my decisions.

But I can’t help shake this feeling that God orchestrated this whole thing not for Graeme’s benefit, but for mine.

I felt embarrassed and slightly offended that Graeme rejected my offer of a sandwich. Here I am trying to be charitable, trying to be Christ like and I get rejected!?

I’m beginning to ponder if the real lesson here is not about charity or being kind to those less fortunate.

Maybe the real lesson here is about timing, execution, humility and cost.

Article supplied with thanks to Neri Morris.

About the Author: Neri is a speaker and mentor focused on helping you have an authentic faith life.

tags: Articles homeless listening neri morris
0
previous What is the Fruit of Love?
next You Can Be Coming Last and Be Winning at Life
Related Posts 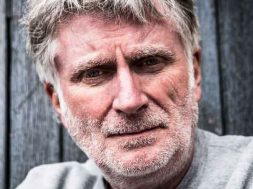 Who Am I To Think I Can Improve The Timing Of God?