August 30, 2019
ltadmin
0
Father’s Day can be a difficult day of the year for some of us. We get it. Some of our dads are sick, some are lost to us.
Read more

Tim Fischer Remembered as A Spiritual Man, of “Gentle Strength” and Deep Faith

August 30, 2019
ltadmin
0
Tim Fischer is being remembered as a man of deep spirituality and resolve, as politicians and journalists pay tribute to the former Deputy Prime Minister.
Read more

August 29, 2019
ltadmin
0
Film-maker Alex Kendrick, along with his brothers grew up in a house without a TV.  A trip to the cinema to watch the latest blockbuster was a special event.
Read more 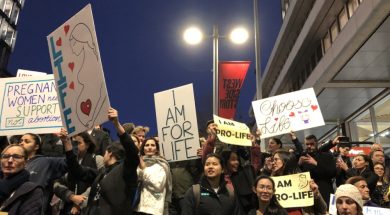 August 29, 2019
chantelle
0
“There was almost a celebratory tone at tonight’s ‘Stand for life’ protest in Sydney’s Martin Place, with protesters buoyed by what they called a show of unity amongst Christians against abortion. Protesters were standing against legislation to decriminalise abortion currently under debate in NSW Parliament. The bill passed the NSW lower house earlier this month. […]
Read more

The Truth About Perfectionism

August 29, 2019
ltadmin
0
It’s time to fight the desire to have our lives perfect before sharing Jesus. No one is perfect, so let’s not let it cripple us.
Read more

August 28, 2019
ltadmin
0
It’s a powerful story, and one preacher and author Priscilla Shirer was keen to be a part of, after making her acting debut as Elizabeth Jordan in War Room.
Read more

Whatever Your Job is Today, Treat it as a Caring Profession. Here’s Why

August 28, 2019
ltadmin
0
For most of us the phrase ‘caring profession’ probably brings to mind jobs like nursing, teaching and social work. But this list is far too small.
Read more

The Case Against Boredom

August 27, 2019
ltadmin
0
The “experts” say: kids are over-scheduled these days; life is too busy, so let them be bored. But is this really the best advice?
Read more