We’ve all been through various versions of lockdown, but not all of us have come out of it with a YouTube following of over two and half million subscribers.

In April, Washington native Rob Kenney created Dad How Do I? – a wildly popular tutorial channel, teaching you how to do everyday things you may have missed out on learning from your dad.

Starting out with the greeting, “hey kids”, and peppered with the occasional Dad-joke, each video features Rob teaching life basics – like tying a tie, changing a tyre, jump-starting your car, unclogging a sink, and “improving a bad attitude”. Rob also posts regular highlights called ‘Story Time’ and ‘Dad Chats’, with touching topics like “We Need Each Other!“, “I Am Proud of You“, and “How to Be Good to Yourself“.

The channel, Rob says, was prompted out of conversations with his own adult children – a married daughter who’s 28, and a 25 year-old son – but wasn’t actualised until the lockdown cleared his schedule.

“We talk all the time about ‘adulting’,” said Rob, “and I pictured [the concept] a couple years ago: one of my kids yelling from the other room, ‘Dad how do I…?’ So that’s how we came up with the name, but I just never got around to [launching it] until quarantine, which kind of forced my hand.”

A Role Model For People in Need of a Dad 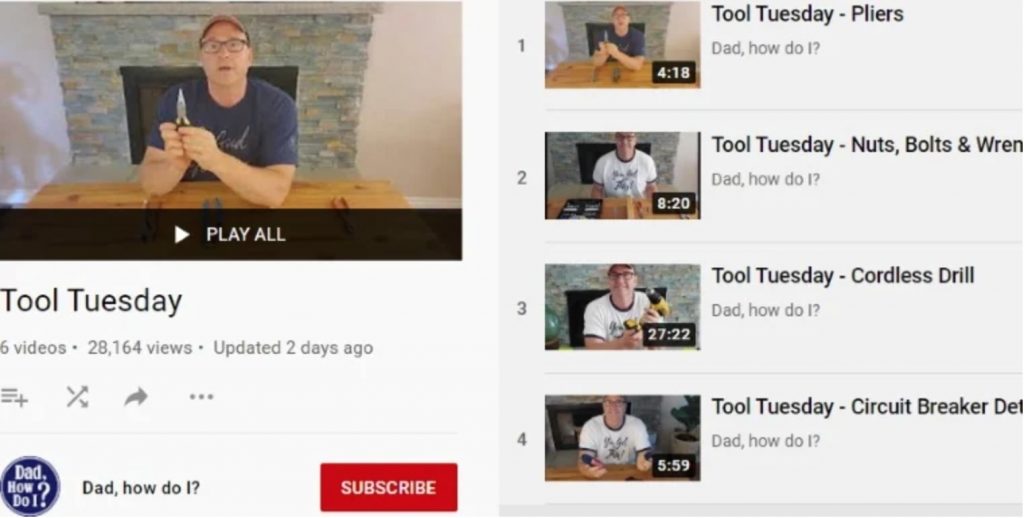 While the channel has a practical focus, with tips on the likes of ratchet-straps, circuit breakers and cordless drills, at a deeper level Dad How Do I? has seen Rob become a role model for others who – like himself – didn’t always have a father in their lives.

As one of eight siblings Rob’s childhood started out okay, but after a stressful family relocation to a new city his mother fell into alcoholism. Rob’s dad took custody of the kids, but as Rob told the TODAY show in the US, when he was 14, Rob’s dad, “announced he didn’t want to have kids anymore”, and left Rob and his siblings to find their own way. For Rob, that meant moving into his older brother’s small mobile home.

In an interview with Shattered magazine Rob said, “[Dad] got custody of us, but he didn’t really want us. I think he was kind of done by that time.”

Now Rob says, “I don’t dwell on my past because there’s nothing I can do about it, but the only reason I really share it [with my viewers] is to encourage others that they can break the cycle.” 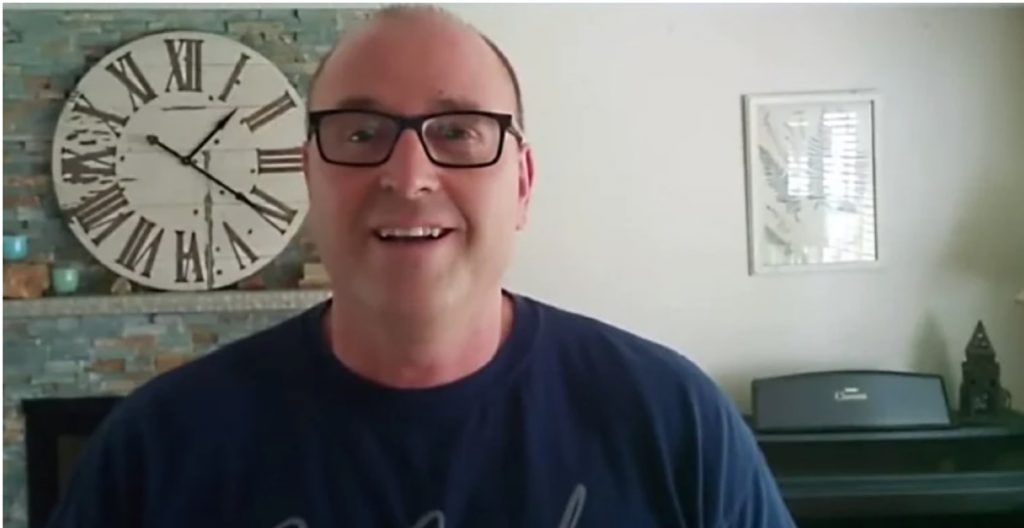 Reading the chat among Rob’s subscribers, you can tell that encouraging others is exactly what he’s doing. In amongst comments from people grateful for the tips, Rob said he’s also “had people coming back to me saying, ‘I’m watching you and just crying, watching you tie a tie’… [the content] was resonating on a completely different level because maybe they didn’t have a dad or they’d lost their dad or all kinds of things – and I thought I was just going to show you how to tie a tie!”

While there’s countless ‘manscaping’ videos online, and tutorials on car maintenance, Rob thinks what’s made Dad How Do I? so distinct is that it’s all in one place – and has an overarching intention to feed moments of kindness into the world, sparked by Rob and his daughter’s shared Christian faith.

“As Christians we’re called to be kind,” said Rob, “… and unfortunately we can get a reputation for telling people what we’re against [instead of] loving each other.”

When the channel debuted in April, Rob’s daughter initially shared it on “a few kindness Facebook groups” hoping to offer some helpful uplifting content to users. Now, it’s become a viral hit that shows there’s more to fatherhood than being a handyman.

“There’s more to being a dad than just running around fixing things, so the videos that have been the most popular are the ones where I’m telling people I’m proud of them or thanking them, and just kind of pouring my heart out.”

In fact Rob’s “kids” – as he affectionately calls his viewers – often appreciate when he opens up about the deeper sides of life.

“There’s more to being a dad than just running around fixing things, so the [videos] that have been the most popular are the ones where I’m telling people I’m proud of them or thanking them, and just kind of pouring my heart out,” Rob said.

The response from fans has at times been overwhelming for Rob, who says that reading comments like, “You’ve completely changed my life” after posting a short encouraging video, is a little weighty.

“If I wasn’t a Christian, carrying that kind of weight around…” Rob trailed off, “I’m nobody’s saviour – I can share God’s love [but that’s about it].”

The Journey of Forgiveness 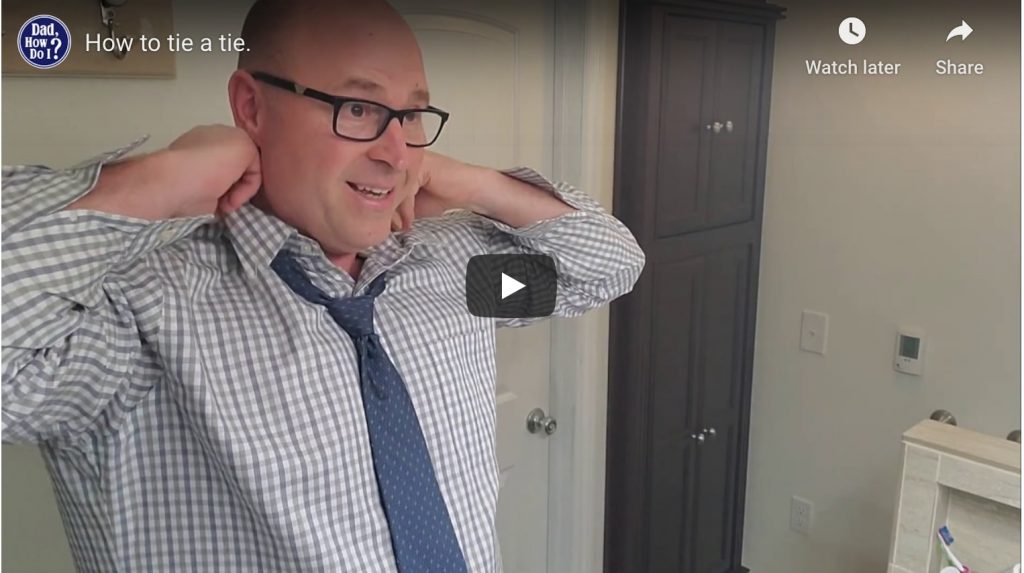 As Rob’s videos have increased in reach so has his story of ultimate forgiveness for his father.

In the late 1980’s, when Rob’s life was in flux and he was jobless while expecting his first daughter, he felt compelled to reach out to his dad. Together with his brother they planned a fishing trip where they got to offer their father forgiveness and start repairing the relationship.

Rob said forgiving his dad wasn’t easy, but he’s glad he chose to do it – especially because he didn’t get the chance with his mum.

“… You realise, ‘I’m not preoccupied with this garbage that I keep brining into the future’ – you leave it in the past… And I think with my dad, if you’re waiting around for him to acknowledge what he’s done in order to forgive, you could be waiting a long time.

“I knew [forgiving him] was what I needed to do for my own self… and plus, I’ve been forgiven much, so how can I hold something against somebody else?”

Be Vulnerable With Your Children 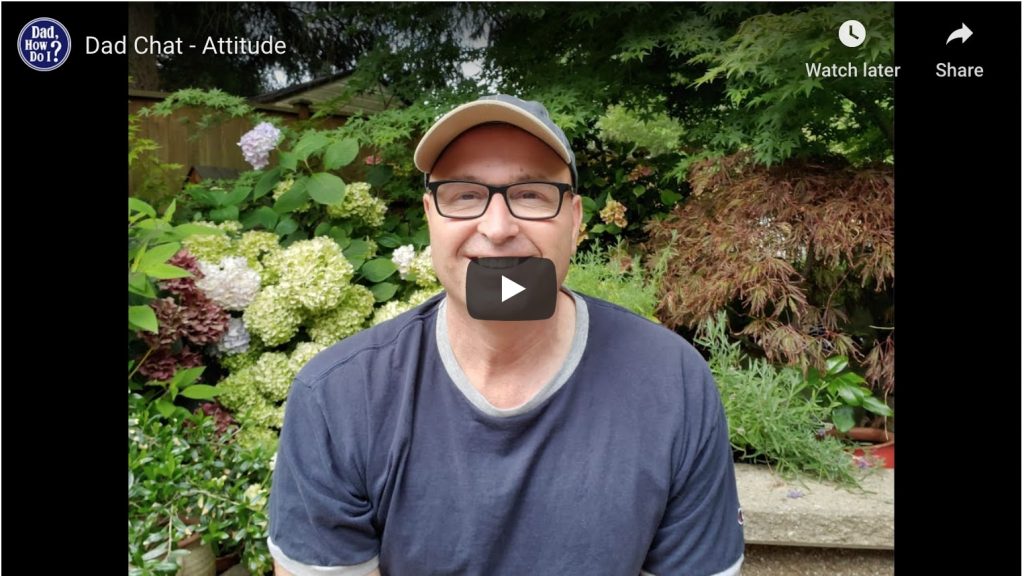 Rob says the best advice he can give fellow dads is to be vulnerable with their kids, and admit when they don’t get it right. Something that his father’s generation weren’t encouraged to do.

“The generation before were meant to be stoic and they couldn’t show so called ‘weakness’,” said Rob. “But I think as a Christian being able to ask for forgiveness and to come to my kids saying, ‘I’ve never done this before and I didn’t have a good example growing up’ [is liberating].

“A lot of times when [my kids were younger] we would say our prayers at night and I’d basically confess to God – and confess to God right in front of them, that I was doing the best with the role that He’d given me with [my] kids but that I needed help, and then I think [my kids] could kind of see my heart which is important.”

As for the impact Dad How Do I? has had on Rob, he said, “I’ve struggled with anxiety my whole life; I’m in outside sales and I struggle to get up in front of 20 people,” he laughed, “…but God has allowed this avenue… and I just want to be faithful with whatever [comes] and represent Him well.”

tags: Articles fatherhood hope 103.2 youtube
0
previous The Future is Arriving Ahead of Schedule, Thanks to COVID
next Could A Christian Vote For Trump In Good Conscience?
Related Posts 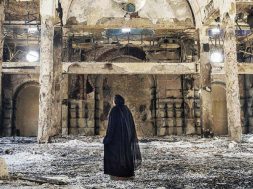 North Korea, Egypt and Pakistan All Have a Problem—and it’s Affecting Millions