He was the frontrunner to replace Gladys Berejiklian as NSW Premier, after she announced her shock resignation in light of an upcoming ICAC enquiry, and, last week, that prediction was confirmed as Dominic Perrottet was handed the State’s top job.

Mr Perrottet won the NSW Liberal leadership in a 39 to 5 party room ballot vote, against Planning Minister Rob Stokes, according to The Sydney Morning Herald.

Jobs Minister Stuart Ayres will be his deputy and current Environment Minister Matt Kean will be promoted to treasurer.

“Unexpected change can bring uncertainty and sometimes, for many, that can feel unsettling,” Mr Perrottet, a man of deep faith and conservative values, said.

“But we all have a duty as a State to keep on going. Today begins a new chapter for NSW and one that we will all write together.”

“Today begins a new chapter for NSW and one that we will all write together,” – 46th NSW Premier Dominic Perrottet

As Mr Perrottet’s begins work on writing that chapter, here’s some background on NSW’s youngest ever Premier.

Born in 1982, Mr Perrottet is one of 12 children born to Helen and John Perrottet. He grew up in Sydney’s West Pennant Hills.

As the third eldest child, Mr Perrottet was involved with the day-to-day chores of raising his siblings, including changing nappies and polishing school shoes.

“My mother took the term ‘working families’ to a whole new level,” he said.

His father, John, is the global tourism specialist for the World Bank in Washington, DC.

After attending the private schools Redfield College and Oakhill College, Mr Perrottet studied commerce and law at the University of Sydney. He worked as a lawyer before entering politics.

Mr Perrottet entered state politics in 2010 at the age of 28, after winning the safe Liberal seat of Castle Hill.

Under NSW Premier Mike Baird, he became the Minister for Finance and Services in 2014.

Following the resignation of Mr Baird, Mr Perrottet became Deputy of the NSW Liberal Party under Gladys Berejiklian’s leadership in 2017 and took on the portfolios of Treasurer and Minister for Industrial Relations.

“Whilst Labor believes in equality of outcomes, we as Liberals believe in equality of opportunity,” Mr Perrottet said in his inaugural speech to the NSW Parliament in 2011.

“We have enormous opportunity here in New South Wales. We are fortunate that our State has all the ingredients for success. We have boundless economic potential. We have a superior climate for agriculture, with a large quantity of productive land.”

Mr Perrottet and his wife, Helen, have six children.

In his inaugural speech in 2011, he heaped praise on Helen.

“My amazing wife, Helen, knows the demands of work and family that we as Australians face in the 21st century,” he said.

“For many years while working full-time in numerous jobs, including the Australian Federal Police and the Australian Defence Force, Helen also worked late into the night completing a law degree at night school.”

Mr Perrottet is a devout Catholic who attended the Roman Catholic school Redfield College, which has chaplains who are Opus Dei priests.

“I think having a Christian faith is part of who I am and inspires me to make a difference wherever I go,” Mr Perrottet said.

In line with his beliefs, Mr Perrottet voted against decriminalising abortion in 2019.

He is also against forcing priests to tell police if a priest has confessed to sex abuse.

“It’s a matter of deep theological conviction that the confessional seal is sacrosanct, for every priest in every penitent, no matter who, no matter what sins are confessed,” he said.

On accepting the role as Premier, Mr Perrottet said: “I am very proud of the fact that I have a strong Christian faith. Does that in any way take away my capacity to serve as premier? Well, I do not think so, and I think it is a sad thing that some people do.” 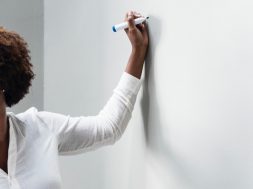 Secular Activists Make A Lot Of Assumptions About Christian Schools

How in God’s Name Should I Vote? Podcast Now Available