Gender selection is a serious concern for opponents of the Reproductive Health Care Reform Bill that’s now before the Upper House of the NSW Parliament.

The matter of sex-selection was raised by the conservative Liberal MP Tanya Davies in parliamentary debate – but was dismissed because opponents said it was “unnecessary and unworkable”.

The contention is that women [could] abort female foetuses because they’d rather a boy, in some cultures.

Although Ms Davies’ move was unsuccessful, another amendment was passed, requiring NSW Health to conduct a review into whether there’s any evidence of the practice already taking place.

The problem around gender selection is that it’s near impossible to police.

Technology actually now allows us to determine the gender of a child at nine weeks. And very rarely, if ever, is someone going to disclose that they want to have a termination purely based on gender.

Church Denominations Divided Over the Bill

The heads of Anglican and Catholic churches in Australia, Archbishop Glenn Davies and Archbishop Anthony Fisher, have both spoken out during the abortion debate over concerns that the bill will allow abortion right up until birth.

Archbishop Davies wrote to MPs saying the bill would “open the floodgates” to abortion on demand.

“The bill allows for an abortion well into the second trimester, namely 5½ months, for no reason other than the mother wants her pregnancy to end, and the life of her unborn child come to an end,” he wrote.

Anthony Fisher urged Catholic believers in a Facebook post to “pray, fast and urge MPs to reject the legislation”.

The Uniting Church is in support of the proposed new laws, with the NSW head of the church, Simon Hansford, writing to MPs saying abortion is a social and health concern and shouldn’t be a criminal matter.

Anthony Fisher urged Catholic believers in a Facebook post to “pray, fast and urge MPs to reject the legislation”.

Abortion is currently legal in all states and territories of Australia under certain circumstances when performed by a registered doctor.

Currently in NSW, doctors can conduct abortions if they believe a pregnancy is a risk to a woman’s physical or mental health, and the doctor also can take into account a woman’s social or financial situation when making their decision.

Any terminations outside of those circumstances are a criminal offense under the NSW Crimes Act, and punishable by up to 10 years in prison. The new bill seeks to take abortion out of the criminal code and regulate it as a medical procedure with extra safeguards for abortions after 22 weeks gestation.

Women more than 22 weeks pregnant will need the consent of two doctors (one being the specialist in a public hospital) – but only one doctor in an emergency where the life of a woman or another baby is under threat.

The bill was passed by the NSW Lower House by 59 votes to 31 on August 8, and is now before the Upper House.

The final vote will come before the Legislative Council in the sitting week beginning September 17, and supporters believe the bill has enough members in support of it, in order to be passed. 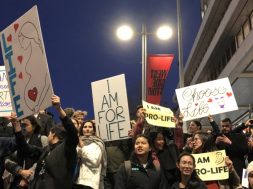 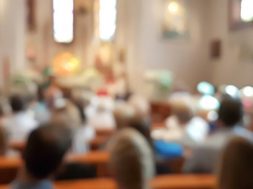 Catholic Church says it “has learned, it is changing and it will continue to change.”