Former MasterChef-turned-TV-host Alice Zaslavsky really loves vegetables. Like, a lot. She’s turned her passion for veggies into a brand new book, In Praise of Veg – a two kilogram guide to vegetables and how to cook them well that wouldn’t look out of place next to Stephanie Alexander’s classic The Cook’s Companion.

Alice discussed her book and shared her passion for reshaping the misconception that vegetables are just the side dish on dinner plates across Australia.

“I’m not saying necessarily that you should stop eating meat altogether, but what I am saying is get among the veg as well. For so long vegetables have been an afterthought,” Alice said.

“People cook up whatever protein they’ve chosen, and then say, ‘Oh yeah, I should probably have some veg because it’s good for me.’ But if you start with the veg and think about some tasty ways to cook with the vegetables and what sauces you’ll put with it, then you’ll naturally eat less meat, which has been shown to be one of the ways we can reduce our footprint on the planet, and you’ll find that, as a family, you’ll be more adventurous with the things that you eat.”

Alice has been talking up vegetables for many years now, including through Phenomenom, a free digital toolkit for school teachers providing a new take on food literacy. No longer are vegetables pitched as the ‘healthy’ food that ‘you must eat before you get dessert’, but instead celebrated and seen as actually quite exciting. It’s something that Alice hopes will extend to adults through In Praise of Veg.

“I really hope that people pick this book up because it looks good, and that even people who don’t consider themselves as cooks or cookbook people. I want people to feel that there’s no barriers standing in their way between them and getting into the kitchen and cooking delicious food for their family,” she said.

With 150 recipes making veggies the hero (and yes, some include meat!), as well as tips on how to handle and cook each vegetable, Alice’s book is a marvellous celebration of greens. In Praise of Veg proves that with the right amount of care, vegetables will no longer be an afterthought. And, as Alice shared, it’s not hard to up the ante.

“Season your veg properly, so don’t think that adding salt will make the vegetables no longer good for you. It will make your vegetables taste sweet and creamy and buttery and more flavoursome. Add butter, add olive oil and never over-boil them. Please!’

In Praise of Veg is available now.

About the Author:  Sam is a hubby, dad to two adorable kids and a radio announcer from Sydney, Australia. 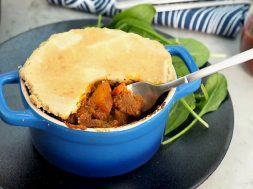 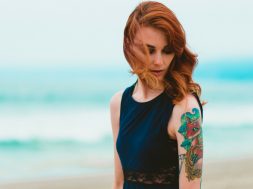 Thinking of Inking? A Pastor's Opinion on Tattoos