The Importance of Saying “Yes”

The Importance of Saying “Yes”

Jesus knew that this was his final journey to Jerusalem, and that his time with his disciples was short. That’s why, as he walked, he tried to teach them what was most important.

Jesus told the parable of the vineyard: of a landowner who went into town early in the morning to hire workers for his vineyard (Matt 20:1–16). We might understand this parable better if we think of it as a foreman who goes out to find labourers for his construction site.

The foreman goes out at 9 am, at midday, at 3 pm, and each time he invites more labourers to work on his site, and they all say, “yes.” When he goes out at 5 pm, he finds some more people standing around doing nothing, and he invites them to come and work on his construction site.

What was Jesus trying to tell his disciples through this strange story?

Jesus was emphasising to his disciples that when it comes to the Kingdom of God, it’s not how much you’ve done that matters, but whether you’ve said “yes.”

The privilege of servicing God is itself the greater part of our reward.

Just like the early labourers complained to the foreman, so too there will be many who will complain to God about the grace that he shows to the unworthy.  Some will say to the Lord these words,

And some of them will complain so much about how much they’ve done, and about his grace to others, that he’ll say to them,

You see, with God, at the end of the day all that matters is whether you’ve said “yes.” That’s why the thief on the cross did nothing but inherited paradise, while those who complain that they’ve done much end up outside. He said yes to Jesus. The rest didn’t. What matters to God goes against our usual logic, it undermines our ideas about economics, and challenges our normal ideas of what’s fair or not.

This should teach us to be kinder and less judgmental of others, and also to appreciate the greatness of God’s grace. So, whether you’ve been working on God’s construction site all day, or whether you’ve only just started, don’t boast. Just thank the Heavenly Foreman for the privilege. Because the privilege is itself the greater part of the reward. 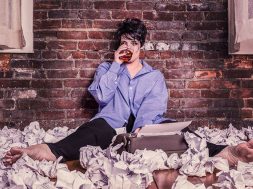 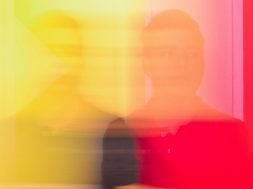 Who is this Man? 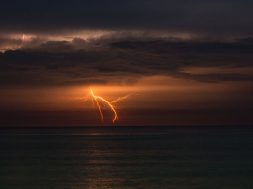 The Storms We Make Ourselves