Healing the Wounds of Jesus’ Followers

Healing the Wounds of Jesus’ Followers

I write this with a heavy heart, as heavy as yours may already be from the revelations of Ravi Zacharias’ hidden life. If you hadn’t heard of him, Zacharias was considered one of this era’s greatest Christian apologists. If you haven’t heard the news, an independent investigation found he had systematically groomed vulnerable women over many years, plying them with attention and gifts, obligating them to return sexual favours, threatening them should they ever tell.

I interviewed Zacharias once. He was brilliant, charming, winsome.

And yet he was living a lie.

The Victims of Ravi Zacharias

We’re starting to lose count now of his victims. First are the emotionally and financially vulnerable women he strategically targeted. Then there’s the couple he bound with a Non Disclosure Agreement before rushing to the press to label them extortionists. There’s the Canadian woman he counselled as a teenager to get an abortion, later calling her a liar. And Zacharias’ staff were victims too, with Zacharias and members of his US board marginalising, maligning and firing those who asked too many questions.

I have friends who worked for Zacharias’ UK and Australian offices – good, godly, fruitful people. Some have resigned. The UK office has split from the global organisation. God’s work has suffered.

The Response from His Defenders

While most have responded to this news with the abhorrence it deserves, some Christians, eager to defend a man they revered, are responding in less than helpful ways. It’s important we challenge some of them:

‘These allegations have surfaced now that Ravi can’t defend himself’

Not so. While this independent report comes after Zacharias’ death in May 2020, the first allegations arose in 2017. A credentials issue raised alarm bells a few weeks before that, and the abortion issue stretches years back.

‘We’re all sinners. If you’ve lusted after a woman, you’re just as bad’

Yes, we are all sinners and Jesus condemned lust (Matthew 5:27-30). But this response sets up a false equivalence of sins Jesus never intended. For a start, Zacharias’ case isn’t one of sexual compromise as much as strategised abuse of power. Secondly, it ignores the fact that there are degrees of sin. Stealing a cookie isn’t equivalent to rape (imagine telling a raped woman that). Likewise, a lustful look isn’t the same as ongoing, unrepentant, targeted abuse of vulnerable women. In Matthew 5 Jesus points out the hypocrisy of those who ‘look but don’t touch’ and think they’re morally fine. He is not equating lustful thoughts with abusive acts.

No, we can’t judge Zacharias’ eternal salvation or damnation (Matthew 7:1-6). But for the sake of victims feeling heard, believed and finding healing, we must unequivocally condemn his abuse.

‘He who is without sin can cast the first stone’

Similar to the response above, this is meant to caution judgement of Zacharias’ actions. But not so fast. When Jesus said this he was coming to the rescue of a woman singled out for her part in adultery, while the man involved was conveniently overlooked (John 8:1-11). Jesus also said that anyone who caused ‘little ones’ to stumble would be better off having a millstone tied around their neck and being thrown into a river (Matthew 18:6). I don’t see that scripture quoted much. My goodness, this is so serious.

‘It’s the church’s fault for placing men on pedestals’

Halfway through writing this post, theologian Tanya Marlow posted this exceptional article on responses to the Zacharias scandal, tackling this one with great insight. “The reason St. Paul makes strict recommendations of the character of a leader,” she writes, “is that it matters. It matters. We have the right to expect Christian leaders to be people of good character, even if they are not perfect people. The Bible itself sets up this expectation.”

And then she adds:

“When we say to people who trusted Ravi Zacharias or Jean Vanier to be good people, ‘You shouldn’t have put him on a pedestal’, it is subtle victim-blaming of both the secondary victims and the direct victims… in so doing, we are blaming the people who trusted the abuser rather than the abuser for abusing.”

We must face the reality of Zacharias’ abuse, not avoid or excuse it. Only then can victims heal.

The Questions it Raises

Such an event has raised significant questions for many of us. Here are some I’ve read or had asked of me in the last few days:

Can I trust any church leader again?

“I thought I had processed all there is to process about my experience with sexual abuse,” Diane told me. “Then along comes yet another Pillar of the Community Everybody Trusted doing the unthinkable – just like my perpetrator… So what is the real church? What’s true? Am I following some kind of cult? Where is Jesus? How do I find a trustworthy church fellowship and/or pastor? This is what I am asking.”

Ravi Zacharias. John Vanier. Bill Hybels (alleged). Carl Lentz. Jerry Falwell Jr. Becki Falwell. John Howard Yoder. John Crist. James MacDonald. Multiple Catholic priests. There is a shaking of the church going on right now, particularly the American church whose influence reaches wide, and failed leaders and figures are being exposed. Not all of these failings are over sexual abuse, but many are. And they trigger folks like Diane.

There are things we could say to this: That these failed leaders make up only a fraction of a percent of the millions of Christian leaders around the globe. That the majority shouldn’t be tarnished by the behaviour of a few. That we shouldn’t allow the crooked a double-win by letting them taint our view of the straight.

But for people who’ve faced abuse, trust simply needs time to be rebuilt. All I can say is there are good, godly people in churches all around us. And the sense a victim develops to sniff out suspect folks can be a trustworthy asset moving forward.

I came to faith through Ravi Zacharias. Is my faith based on a lie?

Russell Moore addressed this important question well​ by drawing on church history. When persecution hit the church in the fourth century, some clergy renounced their faith. The church suddenly had a question to wrestle: was a believer’s baptism valid if the pastor that baptised them later renounced Christ? The church concluded that a baptism wasn’t rendered invalid by the failings of the clergy overseeing it.

How could Ravi be so fruitful while living such a duplicitous life?

Joanna asked me this question, one I’ve pondered too. Isn’t a holy life needed to be fruitful in God’s work? Yes. But the Christian message and its Subject have a power greater than the failed mouths that share it. The apostle Paul railed against those who preached from selfish motives, but could still be glad the gospel at least got preached (Philippians 1:15-18). That’s an astonishing thing to say. A duplicitous person can share a message people respond to because the message is true and powerful.

What do we do with Ravi’s books and teachings?

John Howard Yoder wrote seminal works on Christian pacifism. Jean Vanier’s writing on community and the disabled was invaluable. Ravi Zacharias gave responses to sceptic’s questions that were true and helpful. What do we do with these teachings now?

Zacharias’ publisher has pulled his books from sale. His ministry has pulled his YouTube videos. I think this is right. Profit shouldn’t be made off an abuser’s work, and victims shouldn’t have to watch their abuser being adulated online anymore.

The problem of course is how much of the person’s work we denounce. Martin Luther wrote an abhorrent anti-Semitic tract, later used by the Nazi’s to drive the Holocaust. Karl Barth kept a mistress for years, to the heartbreak we imagine of his wife. We don’t bin either theologian’s works in total because of these failings. Instead, we condemn what is abhorrent in these leaders and affirm what truth and light they brought. If we wouldn’t dream of denouncing the L’Arche communities Jean Vanier founded for the disabled, why should we denounce other work of his, like his writings?​

This has been my general approach so far, one taken by others too. Truth shouldn’t be dismissed because of failed messengers.​​

But in this case, it’s a hard position to keep. One can’t quote Zacharias now (or Vanier) without bringing anguish to his victims and those he betrayed. As Tanya Marlow says, we’re not talking about someone who was grumpy, but someone “choosing to violate a woman’s body, an act that has a lifetime of consequences for that woman, the one thing apart from death that every woman dreads.”

Whether one can still learn from his books or not, I certainly won’t be quoting Zacharias anymore.

There will be much to learn from this sordid episode: about the importance of boards and governance, about treating allegations with seriousness and victims with utmost care, about accountability and not taking a sword to those who ask legitimate questions. I believe the US board of RZIM should resign, and I hope the ministry’s current donors will support the local branches, like the UK office, that now need funds to rebuild and continue their fruitful work.

But let’s end where we should. With the victims.

One night after reading the official report confirming Zacharias’ abuse, I also read the story of Jesus’ arrest. When Judas and the mob approach, Peter, perhaps to defend Jesus (or maybe just himself), pulls out a sword and attacks one of them. Jesus’ response is swift. “Enough!” he says, before rushing to heal the victim. It wouldn’t be the last time Jesus had to heal a wound inflicted by one of his followers.

And so this is my prayer for each one left bleeding from this event:

Lord Jesus, would you heal the wounds inflicted by your followers.

Article supplied with thanks to Sheridan Voysey.

About the Author: About the Author: Sheridan Voysey is an author and broadcaster on faith and spirituality. His latest book is called Reflect with Sheridan. Download his FREE inspirational printable The Creed here.

tags: Articles healing justice sheridan voysey
0
previous God’s Promises Still Require Our Participation
next If God Can Use Them, God Can Use You
Related Posts 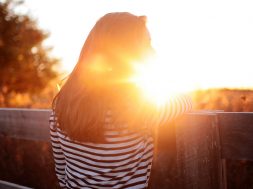 So God Told You to Leave Your Husband?

Being Heard is the First Step to Healing