With three daughters and two granddaughters, Reel Dialogue’s Russ Matthews has seen his share of princess movies and films that celebrate girls. This is his list of recommended films to watch to celebrate International Day of the Girl on October 11.

Synopsis: Merida, an independent archer, disobeys an ancient custom which unleashes a dark force. After meeting an elderly witch, as she journeys to reverse the curse, she discovers the real meaning of bravery.

Even though they don’t want to be known as ‘girls,’ these films will make these teens proud to be a girl.

Synopsis: Princess Diana of an all-female Amazonian race rescues US pilot Steve. Upon learning of a war, she ventures into the world of men to stop Ares, the god of war, from destroying mankind.

A list of films that Mum can enjoy with her girls on International Day of The Girl.

Synopsis: Three female African-American mathematicians play a pivotal role in astronaut John Glenn’s launch into orbit. Meanwhile, they also have to deal with racial and gender discrimination at work. 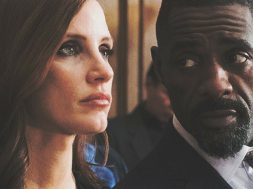