Listening is What’s Missing From Our World

Listening is What’s Missing From Our World

You walk into an art gallery and the moment you do, you are blindfolded. You feel uncomfortable but suddenly attune to auditory stories playing around you.

The host explains they themselves are legally blind, and your discomfort dissipates as you realise the daily reality you are getting a small taste of, and the significance of this welcome.

Over the speakers the voices feel louder, and you start to listen. Really listen.

You notice the tone and inflection of varied voices: some old, some young, male and female. Every one of them swollen with history and perspective.

This is the origin of Black Imagination: Black Voices on Black Futures.

The conceptual art piece was designed by Natasha Marin, a Seattle-based artist, poet and activist, and has now been re-conceived in an audiobook of poems and essays.

In it, writers who share in black heritage, reflect on and revel in their own “black experience”. Their joy, pain, healing and the imagination of a world where they feel “loved, safe, and valued”.

Voiced by Hamilton star Daveed Diggs and Emmy Award-winning screenwriter Lena Waithe, Black Imagination “is an invitation to experience something other than the mainstream”, Natasha says.

Viewing the concept of “black imagination” as something that sits outside the norms we’re immersed in, and that sees the world through the lens of non-white eyes, Natasha built the project around one question: “What would parity look like?”.

“If everything diasporic black people have ever experience were inverted, and experienced by white-identified people, what would that look like?” she said.

“I came back from [the extremes] of that thought, to [ask], ‘What happens if we just centre black voices? What happens if each of us in our lives just take a moment to notice who’s not talking: who’s not at the table? Whose voice isn’t being heard?”

Natasha is quick to affirm her intention isn’t to make one voice more dominant than another, but to invite us all to listen to every voice as an equal reflection of valid human experience.

“The contributors are vast, they just all happen to share an identity of being black,” Natasha said.

“That [identity] is something [people often] want to turn into a monolithic experience, but in truth when we examine that… you can recognise right away that there’s no cookie-cutter black experience.”

On the back of movements like Black Lives Matter, Black Imagination will hit on the raw emotion of the racial tensions that exist in our time – particularly in the United States.

However, while the book could be politicised, it seems Natasha’s goal goes beyond showing the value of black lives, to encouraging a broader movement of listening to voices other than your own, and people unlike you, whatever your background.

“It’s so validating to feel heard, and seen and acknowledged, and Black Imagination centres the black voice in that,” she said.

“It asks ‘What are we all missing collectively when there are voices that are not being brought to the table? By not being witnesses to the larger human truth of our [collective] experiences?”

One of Natasha’s “greatest joys in life” has been the benefits that listening has brought to her own life through this project.

“For this book to come together, I spent years just asking people questions and listening to the answers,” she said.

“I was listening as though every word that was coming out of this person’s mouth – whoever they are, if they’re a child or if they’re a former sex worker – it didn’t matter. I treated everybody with the same amount of respect, as though they had something to share with me. And every single time that’s exactly what happened. 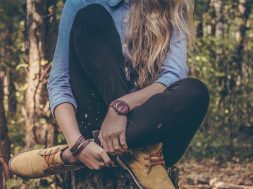 Waiting for God to Speak Out Loud? Think Again

What Religion, According to Nick Cave, is the “Unhappiest in the World”?

Boy Writes His Mum a Note After Missing the School Bus