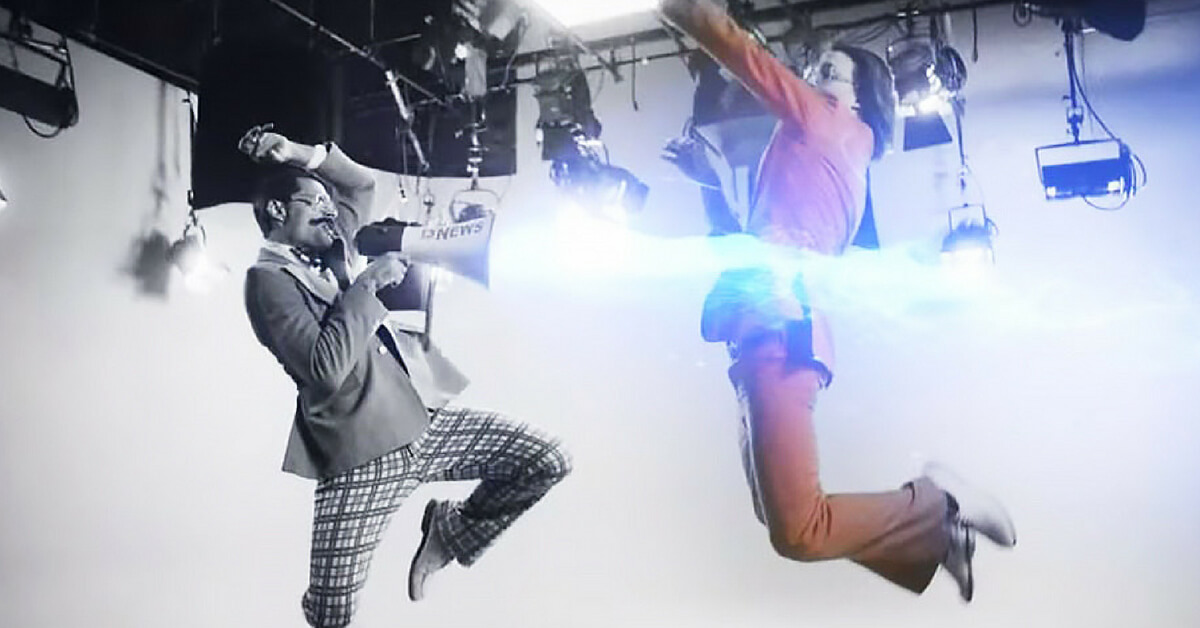 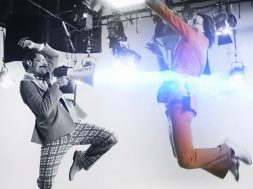 It’s huge, anthemic and infectious, and it’s got a music video that jumps from the screen like an explosion in a paint factory—thus is Joy, the latest single from Christian rock duo, For King & Country.

It’s hard not to be moved by its driving beat and message: about choosing a joyous outlook despite the world’s troubles; about looking up from our depressing news feeds, and connecting as humans.

The song bulletted up the charts after its release in May, topping Billboard’s digital Christian chart, and reaching number two on the Hot Christian Songs chart. It’s also dominating Australia’s Christian radio charts, currently at number 1.

Joy is the first single from For King & Country’s upcoming third album, Burn the Ships. In an interview with Billboard magazine, the Aussie-born duo, Joel and Luke Smallbone, said joy wasn’t only the theme of the new single—but of the whole next chapter of their music career.

“Two years ago, our record label sat down with us and asked what the next stage of our career is,” Joel said. “Honestly, the first word out of our mouths was joy. The next stage is joy. There should be joy and not a flighty sense of it, just stumbling around hoping that that happiness might find me.

“No, there should be a fight for joy, a very passionate pursuit of joy. So on this upcoming album, which will be 10 songs, there’s a romantic theme throughout and also a lot of spiritual themes.”

For Joel’s younger brother Luke, the theme of joy carries extra significance; he has only recently recovered from a five-year battle with a digestive disease called ulcerative colitis, that nearly took his life.

In remission since late 2017, Luke has said that the suffering he went through with the disease brought him closer to God and taught him about new depths of joy that he wouldn’t trade for anything.

“I used to wonder why I got sick but I don’t anymore,” he wrote in an Instagram post. “It’s been the single greatest tool in teaching me about the grace of Jesus and because of that, this disease is something I can’t help but thank God for. It’s taught me, JOY!”

At one point in his disease in 2013, Luke was down to a bodyweight of about 56 kg; frighteningly low for a man who is six-foot-four.

He has described it as “the darkest period of his life”.

“I wasn’t able to hold my son, let alone be the father I wanted to be…I wondered if I’d be able to perform again.”

He describes crying out to God one night, asking why he was suffering in this way.

Reflecting on his suffering, he says it was “one of the best things to ever happen”.

“God never wastes pain,” he writes. “Even when we are still and when the “doing” stops, when we feel our weakest and maybe even feel like we have nothing to offer, we can actually hear Him when all that striving has died down. We are loved for not what we ‘do’, but because we are His children. That’s it. So simple, but so profound.”

In a recent radio interview on the USA’s popular The Wally Show, Luke said joy was a quality that he admires in people.

“When you look around the world, the world is controlled by a lot of dark thoughts, difficult things taking place, and I find myself sometimes…thinking ‘why am I sad?’ and it’s because I’m reading and experiencing difficult things. What’s the trump card to difficulty to difficulty and struggle? I think it’s joy.

“The Bible says ‘count it all joy when you experience trials’. It’s not easy to do but it’s what sets people apart. The people I respect the most are people who have this incredible joy, they’ve been through x, y and z and still have an incredible positivity about life.”

Joel added that the choice of the words “I choose joy” was very deliberate when they were writing the lyrics.

“You have the ability to shake and change your reality, even change the way you feel, by making a deliberate, concerted choice.”

“That was a big wrestle,” he told Wally. “We looked at every phraseology…‘I need joy’, ‘I’ve got joy’, ‘I want joy’ – we went through them all. We landed at ‘choose’ very deliberately.

“In a day and age when we leave so heavily on emotion… what you lose is that you have, under God, the ability – and sometimes it’s moment by moment – but you have the ability to shake and change your reality, even change the way you feel, by making a deliberate concerted choice. But you can’t do it alone. It has to be a communal group effort.”

Joel and Luke Smallbone started life as Sydney boys, born at the San hospital in Wahroonga, and attending Hillsong Church in Baulkham Hills along with their sister Rebecca who is herself a successful Christian pop artist.

The Smallbones emigrated to the USA in 1991 when their father got a job in Nashville, and from there Rebecca built her pop career as Rebecca St James.

About the Author: Clare Bruce is a digital journalist for the Broadcast Industry. 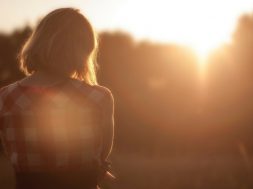 Encouragement for the Parent Who Just Feels Different 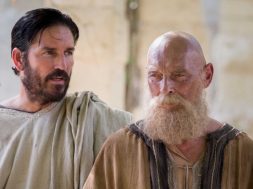 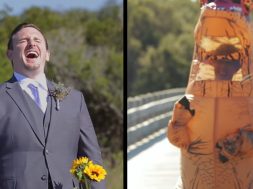 Best Video of Bride Surprising Groom as a T-Rex