Skye-Blue Henderson represented those with a physical difference on primetime television, and proved to a watching nation she’s more than capable of smashing any challenge.

It’s hard to find a more positive human being than Skye-Blue Henderson. The Victorian native showed many of us what she’s capable of, competing with her brother Jake on this year’s season of The Amazing Race Australia – after a lifetime of being told “no”.

Skye-Blue was born without a left hand, meaning that from a young age she was underestimated.

“[Growing up] was different to what other people would have experienced,” Skye-Blue said.

“I had a lot of people staring, and just assuming that I couldn’t do things based on how I looked, who never gave me the opportunity to even try.”

Although our world has become much more accepting of those with a “physical difference” – Skye-Blue does not include the word “disability” in her vocabulary – she has still faced roadblocks as an adult, despite aiming to help as many people as she can.

“I really wanted to be a paramedic, [and early last year] got into the paramedic college, and as soon as the head teacher saw I only had one arm, I was kicked straight out of the college without even having a chance to talk to the head teacher. It was extremely disheartening – I wasn’t even allowed to give it a try. It was specifically on how I looked.”

Siblings Skye-Blue and Jake didn’t make it to the podium of The Amazing Race Australia but they did make it through 20 legs or the course. And, more importantly, Skye-Blue was able to show to a nation that her physical difference didn’t restrict her in the slightest.

“My physical difference didn’t limit me whatsoever,” she said.

“I grew up a very stubborn, independent person. No matter what, I always figure out a way to do it.

“I went on the Race for a certain specific reason, and that was to prove to anyone that no matter your difference, you’re capable of absolutely anything you put your mind to or set out to do.

“I had that mentality pushing me every step of the way to never give up. It was for everyone that I wanted to help, whether stuck in their own ways at home, and who had other people doubting them or doubting themselves, that maybe if they saw me do it, then that would give them courage.”

tags: Articles hope 103.2 inspirational tv show
0
previous The Artist Spotlight With Greg Attwells
next We Must Confront Who We Become in Chris Pratt’s ‘The Tomorrow War’
Related Posts 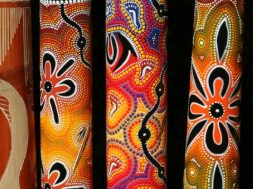